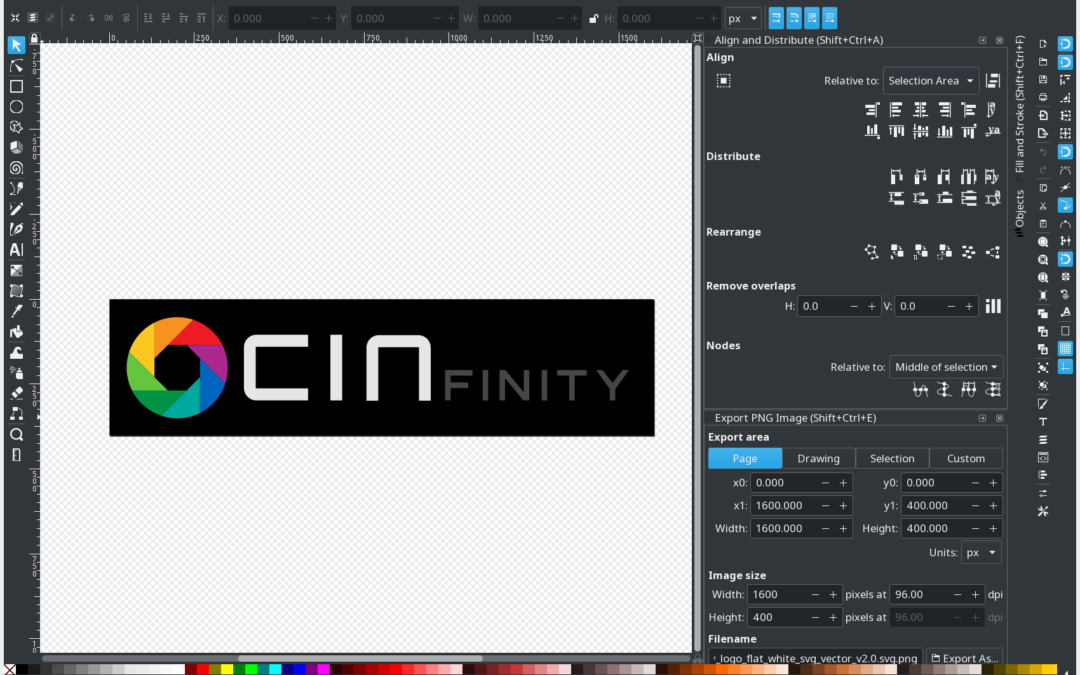 The biggest change is the switch from the GUI toolkit GTK 2 to GTK+ 3, which brings many advantages, such as support for high-resolution HiDPI monitors.

The performance in general has been improved, resulting in a more fluid usability. Performance improvements are noticeable when editing objects with many nodes, object dialogs and grouping and ungrouping.

Visible changes are the reorganized toolbox and also the new improved path effects, also called LPEs. LPEs can be searched and favored.

The customizable artboard allows mirroring, rotating, and in the new views, “x-ray” and “split view”. The newly introduced PowerPencil mode allows you to create lines on a graphics tablet. Line drawings can be vectorized.
The following features have been added, such as the duplication of guides as an aid for aligning grids and much more.
Many users will be pleased with the improved path effects, including the ability to “Cut Corners (rounding/chamfering to evenly round) the corner of a path.

PDF export has been improved, with clickable links and metadata.

A lot of emphasis was put on a customizable user interface, that means you can choose between several themes and customize colors, icons and fonts and arrangements can be changed more easily and appealing.

It’s worth mentioning that with the switch to Python 3, some third-party extensions no longer work because they have not yet been fully adapted to the new extension API.

We are happy to see the new features of Inkscape, since the Cinelerra plugin “SVG via Inkscape” allows you to insert vector graphics into Cinelerra. This makes it possible to use attractive vector graphics in videos and significantly enhance your videos. You can find a description of this Inkscape plug-in in the Cinelerra-GG user manual in chapter 9.9.67 with the title “SVG via Inkscape” on page 302, you can also find further helpful documentation here. Many icons and also the Cinfinity logo were designed using Inkscape.

Inkscape is available for Linux, Windows and macOS. For the first time, a native Inkscape version for macOS is available, because no xQuartz is used anymore. The macOS download is still marked as preview, because there will be some improvements in the near future.

You can find detailed information about these innovations here.