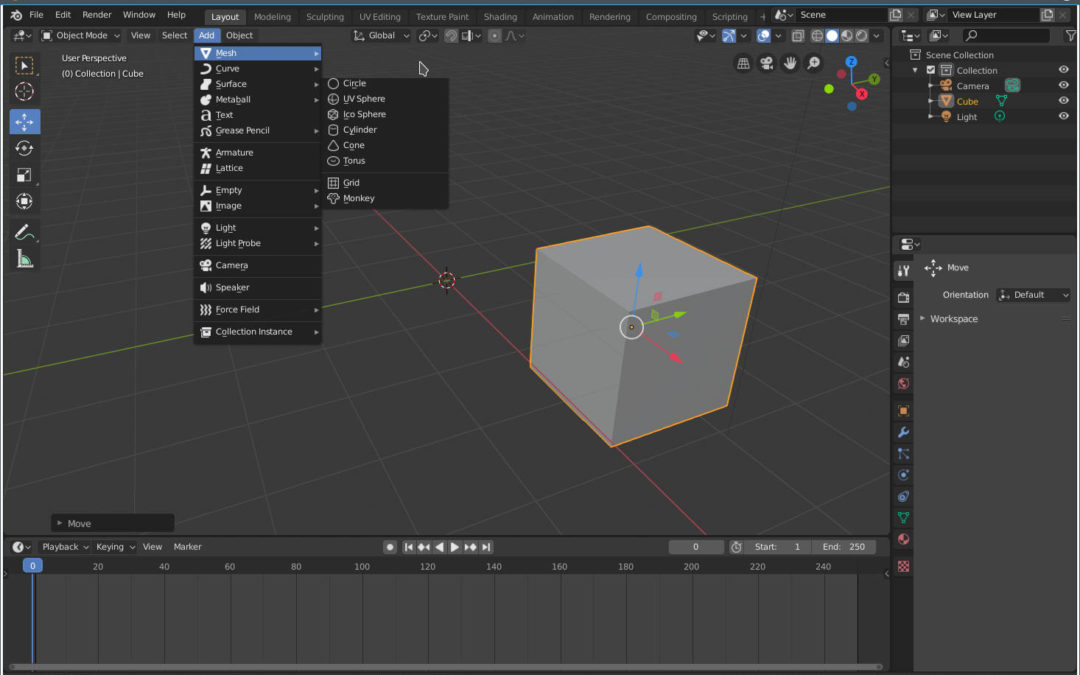 The Blender 2.80 – 3D Renderer with a clear user interface

The Blender 2.80 offers useful functions like shaders for fire, smoke and hair as well as real-time rendering. The most striking new feature of Blender 3D is the new user interface; both the introduction and the daily work become more efficient with a lot of icons and interactive tools. The internal renderer is replaced by the new Blender Eevee, a real-time render engine. The limitations known from the past are now a thing of the past. And the performance has also improved significantly. The Blender 2.80 is also compatible with several other 3D programs. From the name you might think it is only a small new version, but version 2.80 features it.

If you have ever worked with Blender versions older than the current version 2.80, the new interface design will probably be the most striking change. Previously, the focus was on text and key combinations. The user interface of the new version now uses widgets and icons. These are interactive tools that enable direct work on an object. It represents the best compromise between ease of use and efficiency. Working with the fast shortcuts is not replaced by the widgets, yet it complements the fast workflow and saves clicks and keyboard usage.

The new version is also called The Workflow Release due to the new user interface, which is internally oriented to workflow processes. Care was taken to ensure that the workflows are similar across programs and have established themselves in computer graphics. In addition, the interface can be individually adapted to the user’s workflow.

The new version now offers templates and workspaces. The workspaces are implemented in the tab in the header. These were designed according to a typical 3D pipeline such as: UV editing, modeling, shading, etc. The templates have even more in-depth configurations. If you create a new file, you can use templates to hide parts of the user interface that are not needed. This is how suitable, for example, the template 2D animation for those who only want to animate or draw in two dimensions. The third dimension features are not displayed, so the interface is clearer.

Increased user-friendliness due to substructure

This new operating concept was realized through substructure concepts, which are called Collections and contain an infinite number of levels. The new version relies on OpenGL from version 3.3. Therefore also higher hardware requirements have to be fulfilled. Generally speaking, Blender should work well with five-year-old medium-performance hardware.

The video editing software Cinelerra-GG Infinity is a good addition to Blender 3D. Here you can downloadCinelerra-GG .